We love talking to Wall Street Insiders. This week we have an insider from the Federal Reserve Bank of Dallas. We dig into why the Federal Reserve monetary policy is bad for America, but more importantly we discuss what the actual problem is... And its not what you think.

We cover many of the problems the US Federal Reserve faces today as well as down the road. 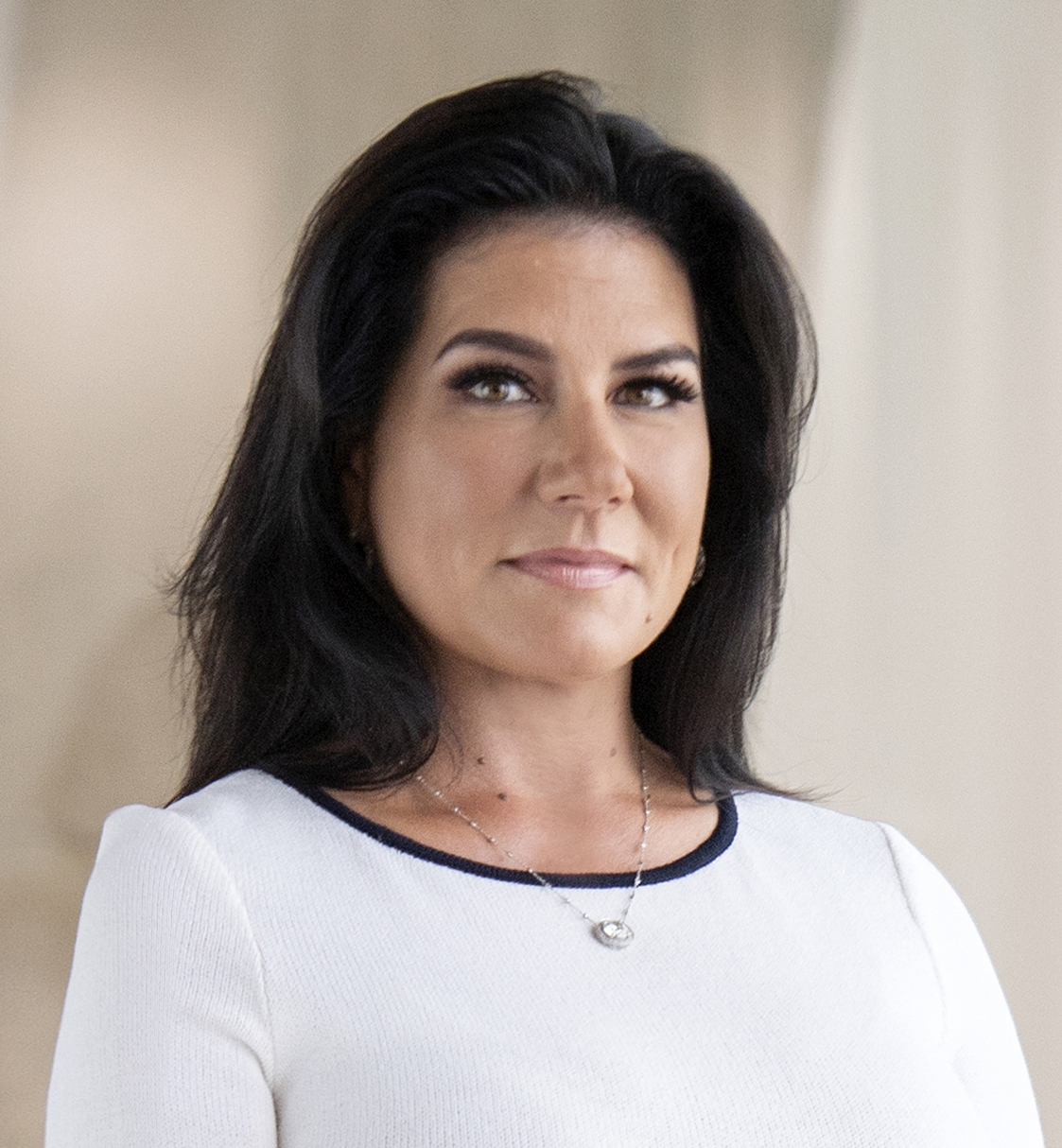 Rumors of My Birth Are Not Greatly Exaggerated

This is a complimentary copy of her Daily Feather issue from November 4, 2019 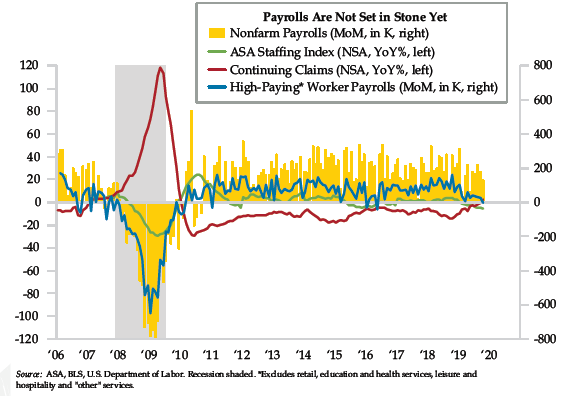 ​
Paul Revere did not ride into the Massachusetts night screaming, “The
British are coming!” Betsy Ross did not design the U.S. flag though
she did helpfully suggest five-pointed stars over those with six points
for ease of construct. The original cowboys donned derby hats, not
Stetsons, which weren’t even in existence until 1865. The Declaration
of Independence was ratified on July 4, 1776 but wouldn’t be signed
until August 2nd of that year. And the New York suicide rate fell following
the stock market crash of 1929. There were two prominent Wall
Street figures who took their lives, but there was no jumping out of
windows. And that’s just the short list of Americana myths.

Bearish investors also cleave to a myth, one they likely will for all
time – the fabled birth/death model. Every time there’s a jobs report
which surprises to the upside when it’s expected to disappoint, you
can set your watch to how long it takes for the birth/death model to be
trumped out to take the blame. Friday was no exception. The most strident
devotees cumulated the additions to further exaggerate payrolls
mythical strength over the past year. There’s just one problem. They’re
monkeying with the wrong math.

It’s important to understand the intent of the number crunchers at the
Bureau of Labor Statistics. Measuring the number of jobs created at
new firms and companies that shutter operations is an exact exercise
once a year when tax records are updated. So they created the birth/
death model to estimate it based on the trends of the past five years.
Cyclical inflection points, however, negate the efficacy of those historic
averages, which is where we find ourselves today given private-sector
benchmark revisions in the year to March 2019 of -0.4% are outside
the +/- 0.1% band classified as statistical noise. This dynamic renders
October’s addition of 274,000 via the model overly optimistic.

But here’s the key that most miss – you can’t simply subtract that number
from the 128,000 that was reported for the month, a figure that’s
reported on a seasonally adjusted basis given the birth-death factors
are not seasonally adjusted. The mistake, however, is made with regularity
by angry masses of bears who want a simple scapegoat to explain
away the data coming in stronger than forecasts.

More to the point, why leave it at that when there are alternative
hard sources of data that can better reveal the truer underlying trend
in payrolls well before revisions are reported this coming February.

Continuing jobless claims (the red line) can get you there. This is hard
data representing those who are currently receiving unemployment
benefits, and they’re reported weekly. As you can see, after troughing
at a recent low of -14.2% last September, continuing claims are on the
rise – they’re up 2.5%, their first increase in the current cycle.

In the last cycle, claims first rose in February 2007, a point at which
we knew the economy was slowing as is the case today. But nonfarm
payrolls did not fall until July of that year nor did they stay in the red
until February 2008 when we were two months into recession. This is
why economists classify payrolls as a lagging indicator.

As you can see, the ASA Staffing Index doesn’t have a history that
stretches back to the years that preceded the last economic contraction.
In fact, it debuted in July 2007, when non-farm payrolls first printed
negative warning recession was imminent. The index then simultaneously
peaked in December 2007 with the highest non-farm number that
would be seen until March 2010.

If it wasn’t for the corroborating continuing claims signal, we’d be
reluctant to assign the term “definitive” to the ASA’s recent deterioration.
While temporary employment has been declining for nine
months, it lingered in contraction for an even longer stretch in the 13
months through May 2016, the last industrial recession.

Let’s let the last line, the blue line – high-paying job creation among
workers (as opposed to managers) – be the deciding factor, bearing in
mind one Jerome Powell has hung his hat on consumption sustaining
the current expansion. As a reminder, we define “high-paying” as jobs
excluding Retail, Education and Health Services, Leisure and Hospitality
and “Other” Services.

Presumably, consumption hinges on income and confidence in its
durability, which thereby encourages households to take on debt, the
other critical support that underpins spending. And that precondition
relies on high-paying job creation given the top two quintiles of job
earners account for more than 60% of consumption, not just retail sales.

The current cycle has featured exactly three months in which high-paying
jobs among workers have contracted – January and May 2016 and
October 2019. You might agree the economy then and now is in different
places, which we hope dispels the myth of it being in a “good place.”

We here at Money Tree Podcast use YCharts to uncover new investing opportunities, analyze trends and monitor our progress. YCharts is a powerful financial data platform designed for Individual Investors, Financial Advisors and Asset Managers. Their platform makes our lives easier. What can be better than that.

We struck a deal for our listeners where you get free access to YCharts for a month so you can test it out.

YCharts Of The Day: 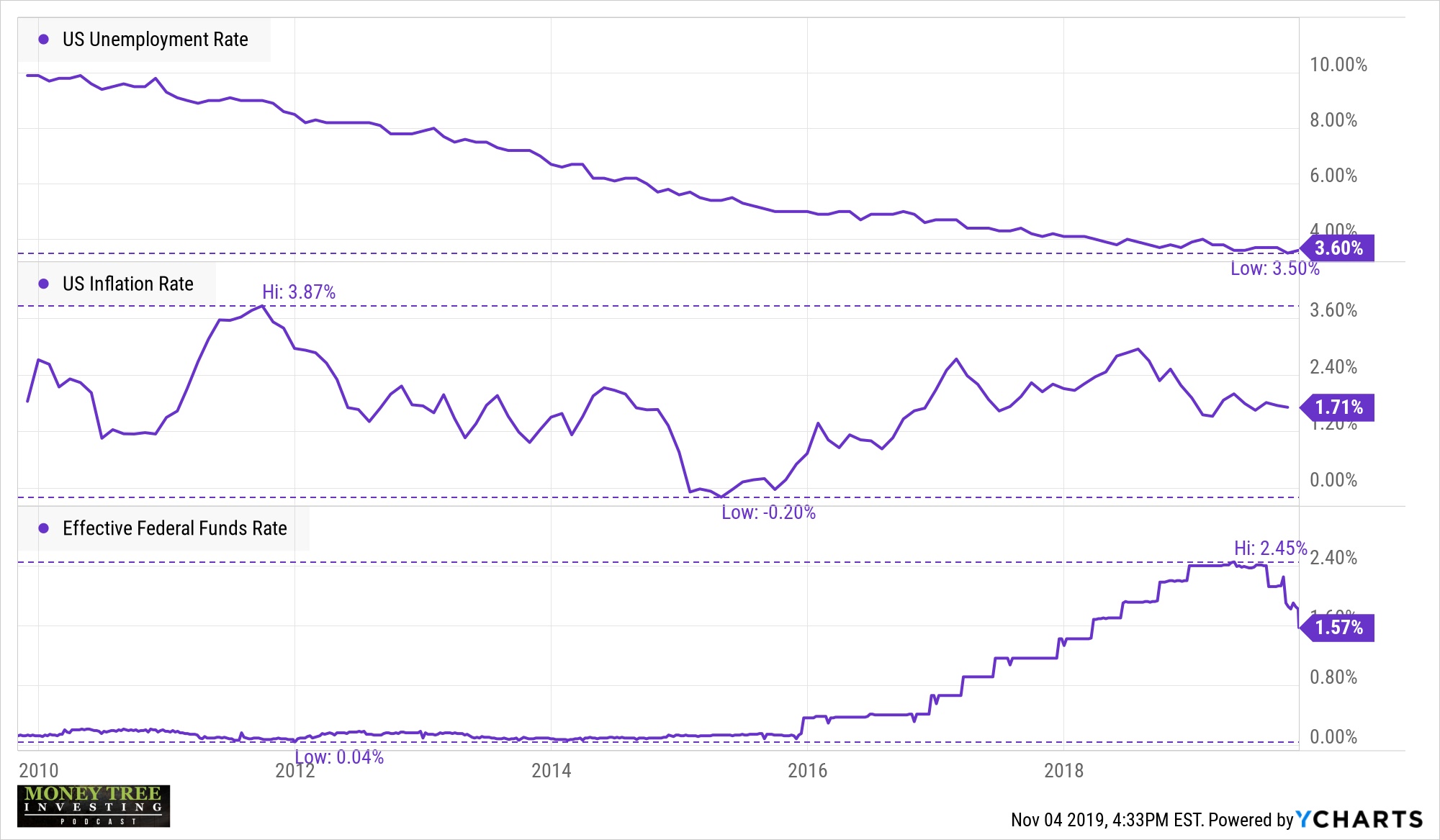 This first chart looks at the Fed’s policy shifts in the last decade. 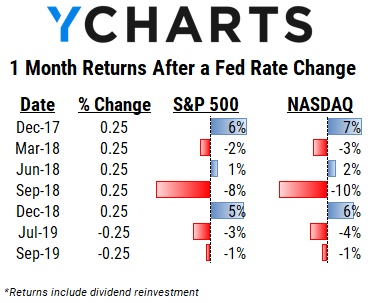 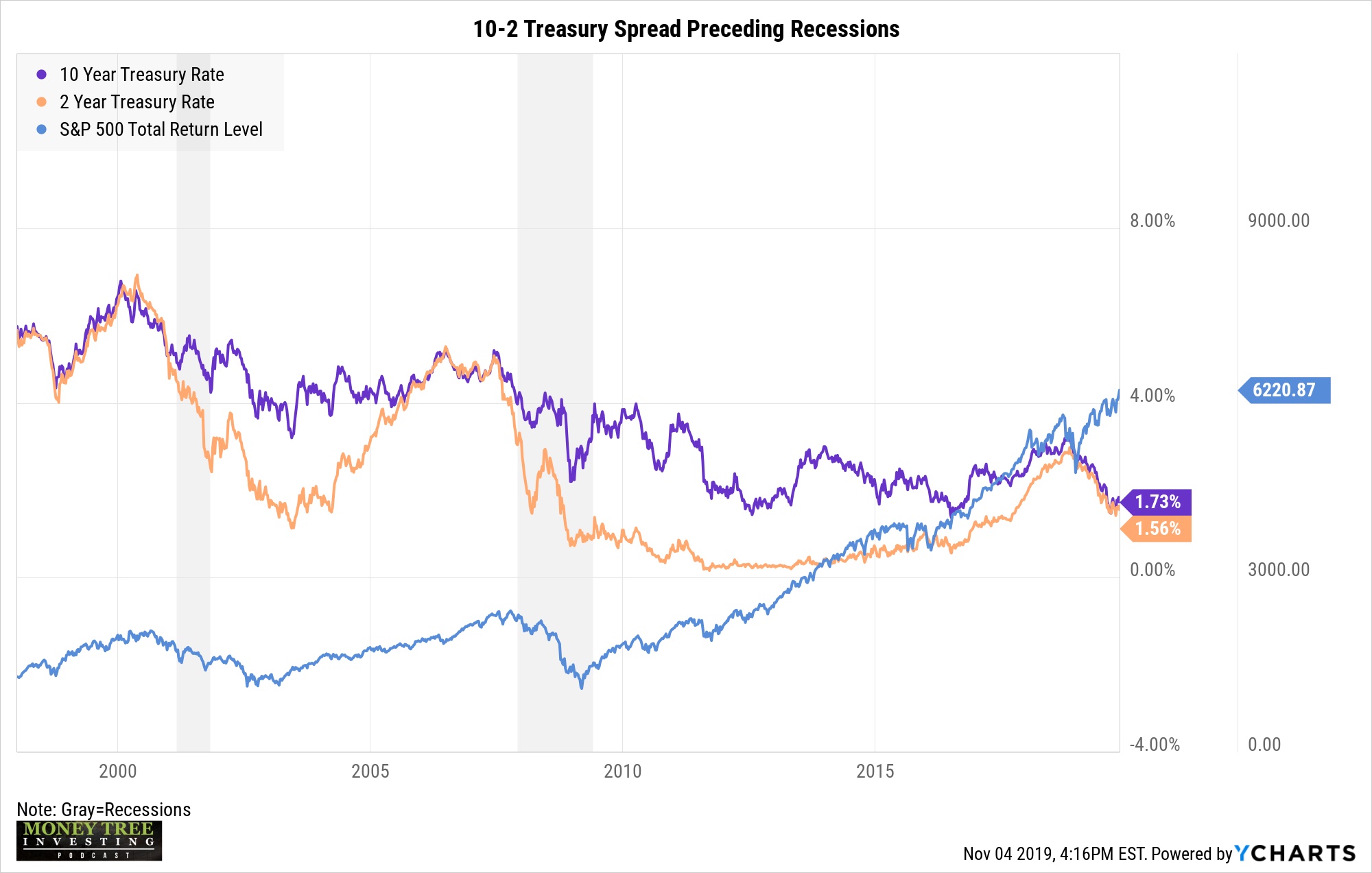 DiMartino Booth set out to launch a #ResearchRevolution, redefining how markets intelligence is conceived and delivered with the goal of not only guiding portfolio managers, but promoting financial literacy. To build QI, she brought together a core team of investing veterans to analyze the trends and provide critical analysis on what is driving the markets – both in the United States and globally.

A global thought leader on monetary policy, economics and finance, DiMartino Booth founded Quill Intelligence in 2018.  She is the author of FED UP: An Insider’s Take on Why the Federal Reserve is Bad for America (Portfolio, Feb 2017), a full-time columnist for Bloomberg View, a business speaker, and a commentator frequently featured on CNBC, Bloomberg, Fox News, Fox Business News, BNN Bloomberg, Yahoo Finance and other major media outlets.

Prior to Quill, DiMartino Booth spent nine years at the Federal Reserve Bank of Dallas where she served as Advisor to President Richard W. Fisher throughout the financial crisis until his retirement in March 2015. Her work at the Fed focused on financial stability and the efficacy of unconventional monetary policy.

DiMartino Booth began her career in New York at Credit Suisse and Donaldson, Lufkin & Jenrette where she worked in the fixed income, public equity, and private equity markets. DiMartino Booth earned her BBA as a College of Business Scholar at the University of Texas at San Antonio. She holds an MBA in Finance and International Business from the University of Texas at Austin and an MS in Journalism from Columbia University.