Did you know that most of global growth beyond 2020 is not coming from US, Europe, Japan, but rather from these emerging markets?

Most people are scared to invest outside their home country. It is called home country bias. Investors around the world have this same bias. However we want you to move beyond your comfort zone to look outside your home country at where the growth is happening for the next 80+ years.

We interview Kevin Carter and discuss emerging market investing and where he sees value in the world today. 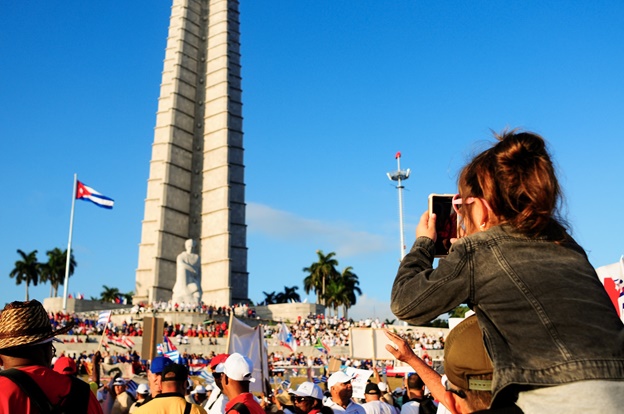 The Rest of The World Coming Online…Right Now

The technological advancements born in Silicon Valley, are spreading across the world, and fast. Advanced economies have reached near saturation, yet the rest of the world and importantly most of the world is only just now coming online. As we live through one of the greatest leaps forward in economic growth and empowerment in history. EMQQ aims to raise it’s sails to this transformative wind and provide investors with targeted exposure to this remarkable growth story.

In a world where everything is relative, the top-down argument for emerging markets remains robust. The World Bank estimates 2020 real GDP growth for emerging and developing economies to be 4.6% vs 1.5% for advanced economies. Demographic advantages persist as emerging countries contain around 85% of the world’s population and its future, with nearly 90% under the age of 30. Comparing balance sheets, advanced economies are swimming in debt with a government debt to GDP of 105% vs emerging and developing countries at just over 50% leaving central banks with more policy options going forward.

These conditions do indeed create a positive foundation for future growth, however are not new, and fail to tell the whole story of the size and scale that emerging markets have grown.

To put in perspective, around the time Tim Berners-Lee, the British SCERN scientist, created the world wide web (1989), the average American was 24x wealthier than the average Chinese. Today, that number stands at only 3x, and falling. This rapid ascension of income and purchasing power, combined with populations in excess of one billion people, has given rise to an unprecedented wave of newly minted middle-class consumers. This rapidly digitizing consumer wave has now leveraged the very thing that Mr. Berners-Lee created on 30 years ago catalyzing what Ray Dalio, the founder of Bridgewater Associates described recently in Beijing as a “New world order”. 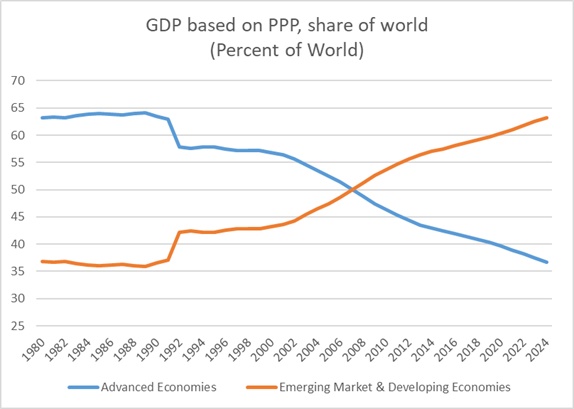 The Next Billion Shoppers

The first internet access for most of the world will not come in the form of a 10 pound, 16 inch deep desktop PC with a horribly slow dial up modem. It won’t be the foldable, thinner version that you could put in your lap, but it will come in the form of a supercomputer that fits in their pocket. This leapfrogging effect that most of the emerging world is experiencing, is allowing for, and in many ways promoting faster rates of adoption and innovation that has given rise to some of the largest and fastest growing ecommerce and tech companies in the world on par with or in some ways surpassed those in Silicon Valley. Yet the majority of the potential upside remains untapped as the average smartphone penetration rates in EM still today remain under 50% on average but rising fast. About every hour 4,000 people in India will get their first smartphone and begin messaging their friends, watch videos, order food delivery, rideshare and even use their phone to pay for it all. (Figure 3)

With connectivity spreading to all corners of the globe, tens of thousands of people are joining the online community every day and shifting their lifestyles online via their smartphone.

One needs to look no further than China’s ecommerce leader Alibaba and its singles day sales events to understand the scale and scope of this growing opportunity as it now spreads to other emerging markets. India’s leading ecommerce platform FlipKart has a similar shopping holidays in Big Billions Day & Diwali, Mexico has El Buen Fin, a shopping holiday that the Latin American ecommerce leader MercadoLibre capitalizes on, and even Africa’s leader Jumia joins the ecommerce holiday opportunity as they have tagged on to the wests originated Black Friday holiday. 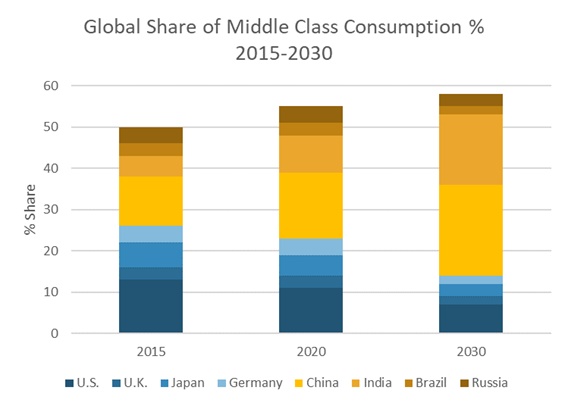 The Tip of the Spear: It’s All About the Consumer

This rapid economic growth in emerging countries doesn’t come without growing pains. Undeveloped institutions, legacy infrastructure and inefficiency is still prevalent to put it mildly, resulting in uneven growth across different sectors of the economy. Visit nearly any emerging market economy and you will assuredly find reasons why it has stayed classified as emerging. Political instability, policy risk, corruption, inefficiency, poor education system, rule of law, runaway inflation, or a broken financial system, all of which are very real risks that investors should rightfully be wary of. The one consistent green shoot highlighted and promoted by nearly all politicians and forward looking businesses is the rapidly digitizing consumer. Whether it be on a metro ride in Delhi, a political protest in Buenos Aires, or a river walk in Hangzhou, the sight of young digital natives on their smartphones driving the digital revolution is inescapable.

Investing in Emerging Markets as an asset class has slowly evolved over time, luring many to it’s promise of growth, yet historically left most disappointed. As most broad-based exposure results in heavy weightings toward Government Owned or State-Owned Enterprises, often ripe with inefficiency, corruption, and poor corporate governance, has weighed on long term performance and contributing to what many have described as a lost decade in emerging market investing. We believe these SOE riddled broad based vehicles should be avoided at all costs and overweight the true entrepreneurial engine behind the real growth in these burgeoning young economies in the new age consumer and the disruptive business models they are creating.

As the average financial advisor in the US allocates roughly only 6-8% of their portfolios to Emerging Markets, we feel the asset class is in desperate need of updating to more accurately reflect the actual size a growth of the emerging market economies and specifically the rising consumer.  We believe no well-diversified investment portfolio can afford to ignore the confluence of trends that has propagated one of the greatest economic growth stories of our lifetime and possibly in history and believe the internet & ecommerce segment offers the most promising chapter in that story.

~4,000 Indians get their first smartphone

~3,000 Chinese get their first smartphone